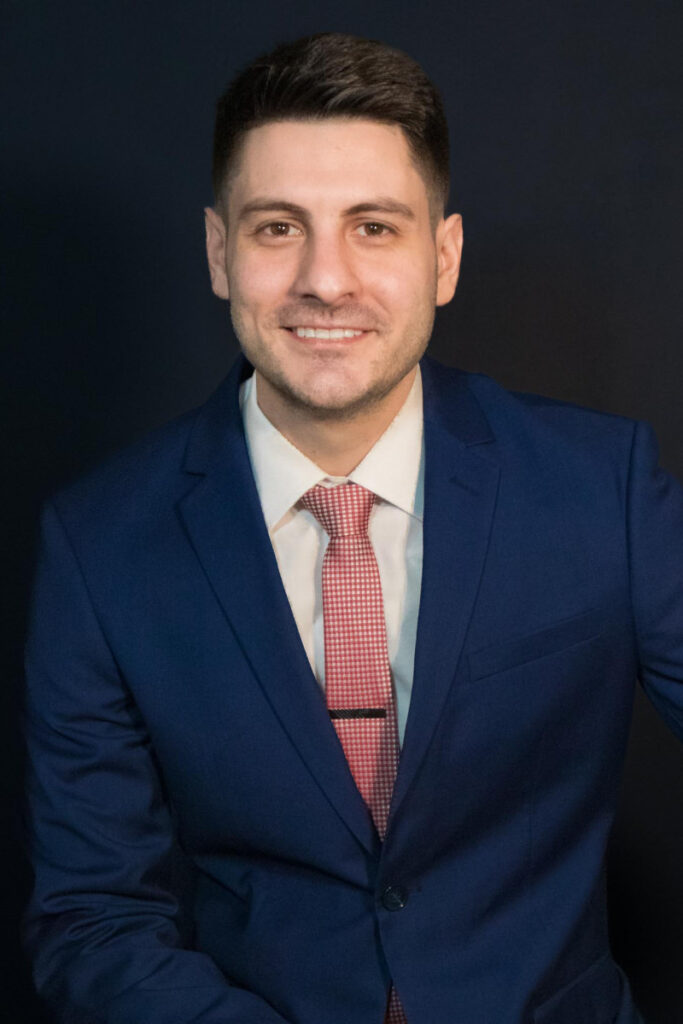 STATEN ISLAND, N.Y. — Vincent Argenziano is no stranger to the political world, particularly in New York’s 63rd Assembly District. The former chief of staff for Assemblyman Michael Cusick (D-Mid Island) is running to succeed his former boss in the 2022 election.

Argenziano has been serving as the deputy public administrator for three years. He has also worked as a constituents services director and assistant for Cusick.

Outside of the office, he has worked with various Democratic candidates on the campaign trail, including Matthew J. Titone who was elected as Richmond County Surrogate Judge in the 2018 election.

Argenziano told the Advance/SILive.com that he feels ready to take on the role as a legislator, describing it as an “exciting” and “new opportunity to broaden that role” of extensive public service.

“I started working in the assembly right out of college. I worked my way up in the office, became chief of staff and really dealt with everything there is to the legislative process, the elective process. I’ve also been helping candidates on Staten Island for the last 10 years or so,” the Eltingville native explained.

“I would say that my assembly experience and my campaign experience in talking to people really puts me far and away the most experienced person in this race for this type of role,” the candidate said.

PUBLIC SAFETY: ‘THE NUMBER ONE ISSUE’

When asked about the top issues he would take on if elected, Argenziano said based on canvassing, “it’s very clear that the salient topic on everyone’s mind is public safety.”

“It’s something that I plan to play a large role in, whether it be through public policy, general support or pushing for better police/community relations. [I’ll] push for policies within the police department,” he said.

Argenziano emphasized a key part of addressing public safety is improving the relationship between the NYPD and the community.

“They’re going to be an important part of anything we do in public safety. There’s no way to do it without them,” he said.

He asserted that situations involving mental health crises are an example in which police officers can take “a little more of a backseat,” while mental health professionals from the department lead the response to those calls.

In terms of the judicial system, Argenziano said initiatives, such as the one Governor Kathy Hochul announced on Thursday that make bail laws somewhat more restrictive, are necessary

“I think those reforms are necessary, giving judges more power in holding people, essentially. I think it’s going to be multi-prong because police can lock people up and if the judicial system is essentially giving desk appearance tickets for crimes, it’s not going to do a whole lot,” he explained.

ADDRESSING OTHER ISSUES IN THE DISTRICT

Other issues that Argenziano plans to address in the Mid-Island district include supporting small businesses and helping business owners recover from the aftermath brought on during the coronavirus (COVID-19) pandemic, flooding mitigation, jobs and property taxes.

The deputy public administrator noted that the effects of the pandemic are very much still being endured.

“There’s a lot of businesses within the district that have either closed completely … or had a couple of difficult years. I think there’s a lot that the city and state could be doing,” Argenziano said.

The West Shore is unique from the rest of the Island in terms of job opportunity because its home to the Amazon warehouse – Staten Island’s largest employer – within an industrial district that offers opportunities for new business.

“I want the 63rd District to be at the forefront of that,” Argenziano said.

Argenziano discussed other quality of life issues, such as flooding and property taxes.

He mentioned the aftermath of Hurricane Henry, which devastated some parts of Staten Island with an unsettling amount of flooding, as an example of climate concerns.

“We have vulnerable areas that nobody even thought that aren’t on the shorelines that were crushed last year,” Argenziano said.

“There’s been a City Council bill for awhile to do a study on the shorelines of New York City, for how it could be best improved. And it’s a bill that hasn’t gotten anywhere,” he added.

Argenziano said he thinks the bill is a “good start” that can be improved upon.

He then discussed property taxes and studies that have been done, but not translated into action yet.

“Too often, I think that we see studies done and then [officials] kind of sit on it if it’s not salient in the public’s mind,” the candidate said.

“The property tax issue in New York City has been lingering around for a very long time. It’s been brought up to multiple mayors by multiple elected officials. Finally, we saw just a touch of movement as a report was issued, but I want people to continue to be engaged on that,” Argenziano added.

Argenziano admitted that upon announcing his campaign, he received numerous phone calls from people telling him that he has some “giant shoes to fill” if he is elected.

Cusick has held his seat representing the 63rd District for 20 consecutive years.

“I think he did a tremendous job. … I think he served the district very well and I think the 10 elections prove that,” Argenziano said.

He noted the phone calls were overwhelming, but he feels ready to and is excited to take on the role if elected.

Cusick has given his seal of approval, endorsing Argenziano in the election. Argenziano has also secured the Staten Island Democratic Committee’s endorsement.

When asked about continuing some of Cusick’s initiatives, Argenziano said he definitely wants to continue the Veterans discount program, which help veterans at local businesses. He also said he plans to continue sponsoring the annual Salute to Veterans.

Argenziano is a long-time Staten Islander and attended St. Joseph-by-the-Sea High School and earned a bachelor’s degree in economics from the College of Staten Island and earned a Master of Public Administration degree from New York University.

Argenziano currently lives with his fiancé, Evelyn – who is a Staten Island Realtor and community activist – in St. George.

Stay Up To Date